South Carolina native Leeza Gibbons is one of the most well‐known pop‐culture icons on the air. In addition to her impressive background in the field of entertainment and news media, Leeza is an instrumental advocate for healthcare, wellness, and caregiving.
After caring for her mother who battled Alzheimer’s disease, Leeza created what she wished she and her family had.  She opened Leeza’s Care Connection (http://www.leezascareconnection.org), a community support center offering free programs, services and resources for family caregivers encouraging them to call on their courage and summon their strength for the long caregiving journey ahead.  Recently, she joined the cast of NBC’s Celebrity Apprentice in order to raise funds and awareness for Leeza’s Care Connection, winning as project manager multiple times. Because of her winning streak on the show, Leeza recently announced that she will be opening a new caregiver support center this year in her hometown. 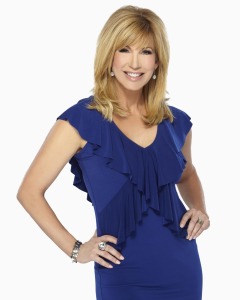