The City of Charleston was the site of national politics last week hosting debates by both major political parties, sponsoring fund-raisers large and small, and providing venues for “meet and greet” opportunities with candidates vying for a Presidential nomination.  The Historic Rotary Club of Charleston had its own political event when Dr. Ben Carson, one of the Republican candidates for the nomination, spoke at our lunch meeting. Rotarian Charlie Palmer introduced Dr. Carson and briefly reviewed his extensive, remarkable resume. Highlights of an internationally acclaimed life and career include winning the Presidential Medal of Freedom in 2008 (the highest civilian award given in the US), being recognized by the Library of Congress in 2001 as one of 89 “Living Legends,” and being awarded 67 honorary doctoral degrees. As the first neurosurgeon to successfully separate conjoined twins, Dr. Carson is one of the most well-known physicians in the country and around the world. He has written 6 books, one of which, Gifted Hands became a bestselling book and was made into a movie.

Addressing our membership, Dr. Carson began his remarks down-playing his illustrious life by noting that his resume also included early work as a bus driver, lab technician, and other unglamorous jobs to help pay for his education. His upbringing was managed by a single mom who struggled to take care of her two sons and insisted that he and his brother prioritize their homework and read 2 books a week. His mother’s discipline and focus on education provided the learning experiences that led to Dr. Carson’s love of science and medicine. He was an outstanding student in the medical studies he pursued at Yale University, the University of Michigan School of Medicine and Johns Hopkins University. Years after completing his internship at Johns Hopkins, a 33-year old Dr. Carson returned as Director of Pediatric Neurosurgery, the youngest U.S. physician to ever hold such a position.

With all of his success and celebrity, Dr. Carson said that he is often asked why he would “get involved in the slimy work of politics.” The answer lies in his dedication to the lives, health and opportunities of children, a love that has successfully affected thousands of children globally. The other driver leading to Dr. Carson’s entrance in the political arena is his consternation over “what’s happening to our country.” Noting that Martin Luther King Day was celebrated on Monday, Dr. Carson reminded his audience that Dr. King was not content to “do nothing” when he also saw conditions that were harmful and unfair to people. But it is not easy to “be the someone” who tries to change those conditions and those who try are often hated and ridiculed. By entering the social and political fray of racism, the effort to make an impact “cost Dr. King his life.” Also contributing to Dr. Carson’s decision to leave an academic life and pursue politics is his deep spirituality and commitment to Christianity. Dr. Carson pointed out that another courageous change agent, Jesus Christ, also worked to make a positive impact in an environment he felt was damaging to all, especially children. He, too, paid with his life. Rather than focusing on their deaths, however, Dr. Carson spoke of how the lives and work of these two extraordinarily kind and peace-loving people did, indeed, have a profound impact on the world. These two examples inspired Dr. Carson to “do something” to change the course of America.

Dr. Carson said he worries that America has become a place where “Americans don’t take care of Americans.” He posed the question “Are we really people who hate each other? Why is there so much racial, religious, gender and intergenerational hatred? We didn’t used to be that way.” Invoking another great man, Dr. Carson reminded us that a house divided against itself cannot stand and “we cannot continue to allow the purveyors of hate to guide our country.” He believes that as a “pinnacle nation we must lead, and lead in a way that inspires confidence” against existential threats like ISIS.

In response to Rotarian questions, Dr. Carson stressed that “unity is our strength and we must emphasize what we have in common” not what divides us. No matter his world-renowned profession or degree of success, Dr. Carson’s believes that he “won the lottery” simply because he was “born in the United States and knows the Lord.”

The Historic Rotary Club of Charleston was honored to have Dr. Carson share his time and thoughts with us. Clearly, Dr. Ben Carson has a message to relay to the people of the United States and he hopes to do it as the Republican nominee for the Presidency.

Ms. Christie Morris (right) of Impact Ministries  described the unique International Student Ministry started three years ago which has served over 4,000 international students  who are summer workers who reside in the Myrtle Beach area for 5 to 6 month periods.Club member  Dr.Darla Domke-Damonte ( left) introduced the speaker. International students are recruited by various area and local companies as summer workers and experience varying levels of assistance and resultant difficulties.Morris described the support services provided this summer and the tremendous attendance growth: over 1200 students came to student orientation to learn about safety,obtain their Social Security card, and learn about International Cafe. The Cafe has become a student center where students love to hang out. Over 70 volunteers  are from 5 churches and 3 outreach groups. The cafe has expanded from one room to three  for meeting and service purposes. Thus far, 25 bikes have been furnished to students, 15 students have been rescued from unsafe or unsanitary housing and placed in safe locations, as well as being placed with host families. Thirty students have been helped to find jobs, 28 have been helped with health issues, and effective liaison established with MBPD and various other agencies. For more information, to make donations, to include volunteer service, contact  Impact Ministries, 843-254-7777, or www.impacmb.org .

The Rotary Club of Carolina Forest Sunrise meets on the first and third Wednesdays of each month at 7:00 am at Beef O’Brady’s located at the Carolina Forest Kroger shopping mall.
Interested persons and prospective members are invited to attend and learn about our community and many opportunities to serve while enjoying breakfast and great fellowship among Rotarians dedicated to serving our community in the highest tradition of Rotary’s credo, “Service Above Self”.  ( Photo by Ralph Jones.)

Deborah Smith, Executive Director of the Newberry Opera House since its rebirth in 1998, joined the Chapin Rotary Club for breakfast and gave a preview of the exciting 2015-16 season show schedule.
The 426 seat theater presents approximately 250 shows  a year with ticket sales reaching over $1 million  annually. It has had a tremendous impact on Newberry’s hotel, restaurant and retail establishments.
Deborah will be retiring this September and Molly Fortune, formerly of the Fox Theater in Atlanta, will take the helm of leadership. For ticket information, call (803) 276-6264.

Author Dr. M. B. (Beverly) Spears discussed her book, “Unsolved: A Murder in the Solid South” at the Hartsville Rotary Club meeting on Wednesday, August 18 at the Hartsville Country Club. The book is of particular local interest because it explores the 1952 murder of prominent Darlington attorney James U. “Red” Watts. Spears explained it as, “the most notorious unsolved murder in our region in the 4th Judicial District of South Carolina.” She spent a year researching the book.

Spears read excerpts from “Unsolved” captivating club members, some who recognized the names and places she described.

“Watts was shot to death as he drove his car home from work one night. His body was found in the car in a field off U.S. Highway 52 north of Darlington. The two men who were charged in the murder were never convicted,” she said.

Spears noted that she had five pages, double-columned of people who had provided recollections and contacts about the event. She continues to talk about it and gather information, asking Rotarians more questions than were asked of her.

Spears grew up in Darlington and is a retired Francis Marion University English professor. She was the first woman at Francis Marion to earn the top teaching rank of professor. She spoke at Rotary as the guest and personal friend of Phillip Gandy. She is the author of two previous books. “Mineral Springs Road 1940s” is a collection of reflections on childhood memories of growing up on her grandfather Cap’s farm on Mineral Springs Road near Darlington from the perspective of a 9-year-old girl. “County” is a similar collection about her life as a teenager growing up in Darlington city in the 1950s.

The book is dedicated to her father, George (Mac) Spears, Jr. She said she wished he had been alive to see the murder solved and have closure. She’s still working on it. Copies of her book were available for purchase and after the meeting she autographed them.

Vietnam Veteran Johnny Mayo spoke to the Chapin Rotary Club about the SC War Dog Memorial to be dedicated this Veterans Day, November 11th, at Columbia’s Veterans Memorial Park.
Mayo has worked for years to erect this monument and notes that “ the dogs were great soldiers and deserve to be recognized”. The K9 Corps was created in the spring of 1942 after the attack on Pearl Harbor.
Tax deductible donations may be made to www.warmemorialfund.com/donate.

This past Tuesday night Historic Rotary Club of Charleston members Barbara Kelley Duncan and Richard Sidebottom joined our Rotary host families at the airport to welcome Sara KJÆR, our club’s youth exchange student from Denmark. Sara will be hosted by the Kapeluck and Miles families and will attend First Baptist School. We look forward to fostering global understanding through the ideals of Rotary over the next year by sharing Charleston and American culture with Sara!


Our speaker on Wednesday morning, August 12th was Mr. Jason Freier, Chairman & CEO of Hardball Capital, Inc. and Columbia Fireflies (www.ColumbiaFireflies.com). Under his leadership, Hardball has built the Fort Wayne TinCaps into one of the premier teams in Minor League Baseball and drastically improved the performance of both the Savannah Sand Gnats and the Salem Avalanche. Hardball has set all-time attendance records with every team it has owned and operated. Hardball recently led the acquisition of the Chattanooga Lookouts and is currently constructing a new, downtown, multi-use venue in partnership with the Famously Hot City of Columbia, South Carolina.  That venue, which will open in 2016, is part of a major downtown redevelopment project. Jason is a graduate of Harvard College and Yale Law School, where he was elected to the Yale Law Journal.  Jason is an attorney by training. Prior to founding Hardball, he specialized in complex business matters and sports law, appearing in courts at all levels, including the U.S. Supreme Court. Following law school, he worked with former Solicitor General and Harvard Law Professor Charles Fried and practiced with Williams & Connolly in Washington D.C. and Bondurant, Mixson & Elmore in Atlanta. Jason’s work has been featured in national publications and Congressional legislation. Jason serves on the Board of Directors of the Southern, Midwest and South Atlantic Leagues. He is a member of the Advisory Boards of Thuzio and Palmer & Cay. Jason previously served on the Board of Directors of the Carolina League. Jason is an appointed member of the Fort Wayne Stadium Advisory Board and an officer of the Harvard Club of Georgia. 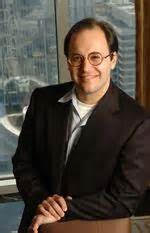 Colonel Dave Garner joined the Chapin Rotary Club for breakfast and presented a sobering assessment of the air defense procedures now in place since 9/11 to protect our nations capital. Now retired from the Air Force, he is replacing Colonel Jay Seward at Irmo High School teaching members of their JROTC.
Older Entries